A complemented creel survey was undertaken on the Bulkley River involving an access point survey, a roving survey, and aerial flights (i.e., survey design was access-roving) from September to October 2000. Thirty-two drifts in the roving survey resulted in 599 interviews with 845 anglers.

The uncorrected estimate for fishing effort for 2000 was 5,917 rod days or 38,471 rod-hours. Corrected effort estimates were 8,638 rod days and 55,381 rod hours. These rod-day estimates were divided up into approximately 60% B.C. residents, 4% non-BC Canadian, and 36% Non-Canadian. In the 2000 Classified Waters period B.C. residents made up 50% of the angling effort, non-B. C. Canadians, 5%, and Non-Canadians 45% of the effort. The total estimated effort is an increase over the estimates from 1997 and 1998. The recent and present effort estimates are evaluated relative to independent data sources ("counter-foils" and the Steelhead Harvest Analysis) and are found likely to significantly underestimate angler effort, and numbers generated from these creel surveys should be viewed critically. 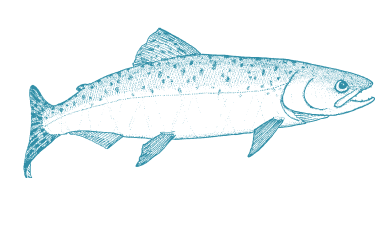 Fisheries Renewal BC was created in 1997 with a mandate to fund programs to protect fish habitat, enhance fish stocks and create new jobs in value-added and diversified... read more