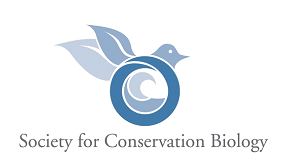 The Society for Conservation Biology

Founded in 1986, the Society for Conservation Biology (SCB) proudly serves as the premier international membership society of professionals, students, and non-profits who...

Conservation scientists rarely have the information required to understand changes in abundance over more than a few decades, even for important species like Pacific salmon. Such lack of historical information can underestimate the magnitude of decline for depressed populations. We applied genetic tools to a unique collection of 100‐year‐old salmon scales to reveal declines of 56%–99% in wild sockeye populations across Canada's second largest salmon watershed, the Skeena River. These analyses reveal century‐long declines that are much greater than those based on modern era abundance data, which suggested that only 7 of 13 populations declined over the last five decades. Populations of larger‐bodied fish have declined the most in abundance, likely because of size‐selective commercial fisheries. Our findings illustrate how a deep historical perspective can expand our understanding of past abundances to a time before species incurred significant losses from fishing, and help inform conservation for diminished populations.