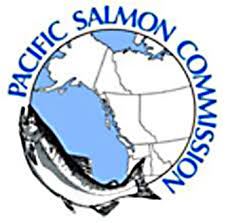 The PSC is an international decision-making organization, composed of four Commissioners (and four alternates) from the United States and Canada. This body handles ongoing...

Accurate estimates of the stock composition of sockeye salmon caught in boundary area gillnet and purse seine fisheries (few are caught in troll fisheries) are required to estimate the total return (catch plus escapement) of stocks subject to harvest sharing agreements. The estimated total return is then used in calculating the percentage of the AAH caught in the Districts 101 gillnet and 104 purse seine fisheries. The AAH is calculated over the ten-year annex period. This approach allows for traditional fishing patterns based on stock abundance, recognizing that for some years more fish would be caught which would be compensated by other years in which less would be harvested. It has been recognized for some time that U.S. and Canadian fishermen intercept salmon originating from the other country. Initial studies investigating the stock origins of pink and sockeye salmon caught in the Northern Boundary region between Alaska and British Columbia used mark-recapture techniques (Pella et al., 1993). These techniques involved tagging fish caught in boundary fisheries and re-capturing them at various weirs and through in-river escapement enumeration projects. This study found that a significant percent of the fish caught in Districts 101 and 104 fisheries originated from Canadian stocks (Pella et al., 1993). While informative, these tagging experiments were relatively expensive and labor intensive.